The Need for TCGA for Africans

The building blocks of the genome are represented by acronyms, TCGA. The arrangements, number, and a draft of the information that the sequence of the four-letter codes for in humans were first published in 2001. Quickly, biomedical scientists took advantage of the information to unravel the genetic basis of many hitherto intractable diseases. This understanding heralded the era of precision and personalized medicine. Arguably, no disease has benefitted more from this progress made in the past 20years than cancer. The bane of precision medicine, however, is a dearth of genetic data and adequate representation of genetic diversity within the population. This is more significant, particularly when genetic information about groups at the base of the evolution tree is under-represented. The strength of genetic data lies in the width of the diversity that is captured rather than in the depth of the share number that it achieves.

Although few of the factors that cause cancer are attributable to genetics; yet, once developed, cancer is purely a disease of the genome, and an individual’s genetic make-up influences the outcome. With this understanding, the biomedical research community engaged in projects like The Cancer Genome Atlas (yet another TCGA) that are designed to help decipher clinically actionable genomic alterations in different cancers. In this TCGA, the share of samples from people of African ancestry is grossly limited, even for cancers like prostate cancer that disproportionately affect Blacks.

Achieving equity in global cancer control requires genomic data from every population, particularly those with the oldest and most diverse. This is the treasure that Africa holds!

But who is an African? A curious look at the human population structure reveals that all the human races can be clarified into five branches. A minute part of one branch left Africa to become out-of-Africa populations. It seems, therefore, that we are all Africans; but thus far, less attention has been focused on the bigger and most diverse branches of the human population that stayed back on the Continent. A few studies that have attempted to capture this diversity have shown that (1) the reference genome does not properly cover the African genome; and (2) the African genome could also have up to 10% introgressed DNA of Archaic Hominids. Such uncaptured regions include cancer-related genes. So, while it’s good to celebrate the progress of precision medicine, there is now a pressing need to soberly understand that there is none of us without all of us!

While the international organizations and many African governments are fixated on addressing African health problems by focusing their attentions on communicable diseases, emerging data from World Health Organization is clear: death due to these causes is decreasing with non-communicable diseases now accounting for more death, and this trend is projected to increase further. Indeed, we do not need to wait any further to address this problem. An African proverb says: “it is better to prune Iroko tree while it is still tender; otherwise, it will be demanding regular sacrifice If it becomes”. The tool for ‘pruning’ the growth of cancer in Africa is population-relevant genomics-driven intervention. This approach has made cancer survival increase in other parts of the world.

However, a recent estimate of the capacity of African countries to control their cancer burden shows a gross dearth of capacity across the continent. The reports identified two major problems: African cancer genomics data is scarce and there is gross insufficiency of indigenous experts on the Continent. These problems are predicated on the dismal healthcare and research infrastructure in most African countries. As such, the easiest thought-off solution is funding. Indeed, funding is required to build infrastructure. It is a common saying in some parts of Africa that a good soup is produced by money. Yet, we know that cooking is a skill, and developing the skill may be more important than the money. It takes skills and knowledge for funding to produce a good outcome. It is, therefore, important to highlight areas of developmental need, beyond funding.

Controlling cancer in Africa now and in the future requires capacity development in cancer genomics. Without incorporating cancer genomics into the cancer control programs in Africa, the efforts will continue to be like a shot in the dark. Therefore, this is the time for purposeful and conscientious efforts focused on Training in Cancer Genomics in Africa -a new TCGA. This TCGA should be for Africans and must involve Africans, with the goal of developing research and training programs that will build translational cancer genomics skills in biomedical scientists and physicians across Africa. This could be achieved through a three-prong strategy that includes (1) improving curricula of degree programs, (2) pairing young and early carrier African investigators for medium-term training at research institutes in developed countries, and (3) developing non-degree training like workshops, seminars, etc that will, respectively, create the skill, enhance the competency and improve the dexterity of African in translational cancer genomics and subsequently develop a critical mass of local manpower to meet the need for research and clinical interventions in the areas of precision cancer control in African countries

Based on these, African Organization for Research and Training in Cancer (AORTIC) established the cancer genomics special interest group to drive the research, training, and implementation of genomics for cancer control in Africa. Furthermore, a recently published commentary described the roadmap for promoting cancer genomics research in Africa. This roadmap describes the responsibilities of an individual scientist, international collaborators, universities or institutions, and scientific organizations. An important crux of the roadmap is that international collaborators should note the saying: “tell me and I forget, teach me, and I may remember, involve me, and I learn.” African investigators should be involved in genomic research. This helps both parties to gain experiential knowledge, which is easily achievable through collaborative learning.

Africa is ripe for massive genomic research, and African investigators are ready. It is now time for all hands to be on the deck in putting this TCGA together. 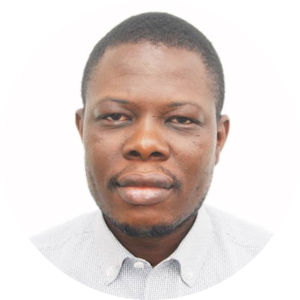 Dr. Solomon O. Rotimi is an Associate Professor of Biochemistry at Covenant University, Nigeria. His research focuses on understanding the contributions of genomics and environmental factors, including pathogens, to cancer disparity in Blacks. Dr. Rotimi was a senior Fulbright Visiting Scholar at the Department of Translational Genomics, Keck School of Medicine, University of Southern California, where he investigated the inter- and intra-tumoral heterogeneity of different types of cancers using technologies such as single-cell sequencing and spatial transcriptomics. He currently the co-PI on the NCI Center for Global Health award that is aimed at increasing the capacity of trainees and resident doctors in cancer genomics. Dr. Rotimi is the Director of Translational Research for the Prostate Cancer Transatlantic Consortium (CaPTC) and African PI for the NCI's Clinical Proteomic Tumor Analysis Consortium (CPTAC). He currently serves as the co-chair of AORTIC research committee and AORTIC cancer genomics special interest group.

Hypofractionated Radiotherapy for Prostate Cancer: An option for Africa?
Contributor
Africa and cancer

Hypofractionated Radiotherapy for Prostate Cancer: An option for Africa?

Proffering A Solution to Inequities In Oncology Clinical Trials in Africa

Investing in research, innovation and development are critical to addressing the unmet health needs of Africans who carry the dual burden of communicable and non-communicable diseases”. ref. In a dramatic reversal of longstanding trends, cancer now kills more Africans than malaria.

Welcome to the “Africa and Cancer” Channel!

The African Organization for Research and Training in Cancer (AORTIC) is proud to collaborate with Nature Portfolio to launch the “Africa and Cancer” Channel . The primary goal of this channel is to facilitate collaborative cancer research programs and research capacities in Africa.