The Process of Splicing is, as always, Surprising

During my internship as part of my Biomedical Sciences undergraduate degree, I studied the role of splicing factor SRSF1 in chemotherapy resistance. During this internship, I became captivated with the process of RNA splicing. Pre-mRNA splicing is the process of intron removal and exon joining, which is fundamental for producing mature mRNAs that can subsequently be translated into functional proteins. I am intrigued by splicing because it can take place using alternative splice sites, resulting in the production of numerous distinct mRNAs from a single DNA sequence each encoding for different protein isoforms with unique structural and functional properties. Splicing makes genes more modular, which adds to the complexity of life that we are only beginning to discover.

In the course of my master’s specialising in oncology research, I was awarded the Dutch Research Council Diamond Grant for the design of my own PhD research project on alternative splicing in pediatric leukemia. In 2016, I started my PhD under the supervision of prof. dr. Jacqueline Cloos and prof. dr. Gertjan Kaspers at the Cancer Center Amsterdam. Since splicing contributes to the complexity of the proteome in cells as well as offers a powerful mean for swift adaptation of the transcriptome to the cell’s needs, I wished to investigate how leukemic cells take advantage of this process.

Shortly after starting my PhD, I read an article by prof. dr. Catriona Jamieson in Cell Stem Cell.1 In this article, she characterized splicing patterns of stem cells isolated from adults with secondary acute myeloid leukemia (sAML). This paper shared many of the plans I had written in my PhD research proposal. I travelled to Taos for a Keystone Symposium in order to establish a connection. Based on our shared interest in RNA splicing, she invited me to visit her lab at the University of California in San Diego (UCSD). We teamed up to characterise RNA splicing patterns in stem cells isolated from pediatric AML. After seven months in the Jamieson lab and continued communication after my return to the Netherlands, my endeavours have resulted in a fruitful collaboration between prof. dr. Jamieson (UCSD) and my home institution in Amsterdam (Department of Hematology, Cancer Center Amsterdam), as well as the Princess Maxima Center for Pediatric Oncology in Utrecht where I recently started my Postdoc.

I continued working on several projects using splicing modulation. In our publication in Leukemia we demonstrate that AML patients carrying FLT3/ITD showed increased sensitivity to SF3B1 modulators, such as E7107, and its newly developed analogue H3B-8800. In particular, several lines of evidence from cell lines and primary patient material indicate that splicing modulation holds great potential as a novel therapeutic option for FLT3/ITDpos AML. In particular cells with high allelic ratio (AR) and/or long ITD length, subsets of AML that responds poorly to current treatments, showed increased sensitivity. While we left no stone unturned, we could not resolve the exact mechanism of the increased sensitivity to SF3B1 modulators in FLT3/ITD positive cells. It does not seem to be a differential splicing pattern or differential gene expression of splicing regulators. Neither a difference in expression of MYC or MCL1 which have previously been indicated as molecular mechanisms.2,3 Nonetheless, our results show that SF3B1 modulation indirectly decreased FLT3 expression, which may partly explain the induction of cell death, particularly in cells that rely on FLT3/ITD signal transduction for their proliferation and survival. Hopefully these data will stimulate further validation in the future. Meanwhile, I am very excited to share that even in a cell characterised by a recurrent mutation, the process of splicing seems to be essential for survival. 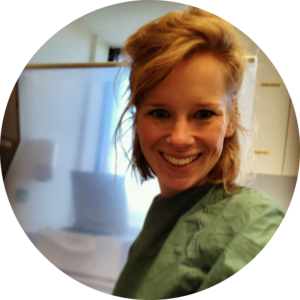