Survival for those impacted by prostate cancer tends to be good, however for those who develop metastatic disease the prognosis is much worse. Targeting microRNAs which promote stem-like capabilities and cancer stem cells, may provide valuable therapeutic options for men with metastatic disease.
Anne-Marie Baird, Martin Barr, Stephen Finn & Louise Flynn
4 contributors
Like

Our research team has worked in the prostate cancer field for a number of years. Much of our work has focused on the role of miRNAs in this disease. Given the importance of cancer stem cells and their possible association with miRNAs, we wanted to look at ways in which to study cancer stem cells in more detail. Our group developed a high salt agar assay to culture putative cancer stem cells, which was successful in other cancer types. This lead us to investigate the use of this novel assay in prostate cancer. The high salt agar assay did promote the culture of holoclones, which in turn, demonstrated an altered stemness gene signature when compared to parental cells from which they were derived. However, the data showed that this assay was inferior to monoclonal cultivation, which was more effective at producing morphologically heterogeneous colonies with enriched stem cell markers (Figure 1).

The project really ‘took off’ from there as they say and formed the basis of a prestigious Prostate Cancer Foundation Young Investigator Award and a successful PhD project. For those who may not be familiar with monoclonal cultivation, try imagining a cell culture incubator filled with 96 well plates! Thankfully, we have very understanding (and very patient!) lab colleagues. We were also fortunate to discuss our work and receive valuable feedback from our (Transdisciplinary Prostate Cancer Partnership) colleagues, which really strengthened our project (Figure 2).

Figure 2: Meeting with some of the members of the ToPCaP (Transdisciplinary Prostate Cancer Partnership) team.

Given our in vitro data, we then moved into a mouse model and showed that holoclones isolated from monoclonal cultivation formed tumours in NOD/SCID mice. To assess differences in mRNA and miRNA signatures between parental and holoclone-derived cells, we undertook next-generation sequencing analysis on cells from both our in vitro and in vivo models. Our analysis identified a putative mRNA signature of prostate cancer holoclones, with a pro-metastatic and pro-angiogenic phenotype. Additionally, miRNA expression data highlighted a pro-metastatic and invasive profile, some of which may serve as important modifiers of prostate cancer stem cell properties. We believe we have identified a complex regulatory circuitry instigating these expression patterns through computational miRNA: Target interaction (MTI) analysis, with an example provided in Figure 3.

Figure 3: An example of the network of miRNA: target interactions (MTIs), showing genes upregulated in holoclones compared to parental cells.

Overall, our data demonstrated ‘monoclonal cultivation’ as the superior model for cultivating  putative prostate cancer stem cells in vitro. The resultant ‘holoclones’ expressed canonical stemness markers, retained the exclusive ability to generate poorly differentiated tumours in NOD/SCID mice, and possessed a unique mRNA-miRNA genetic signature. We believe that the characterisation of this tumorigenic population of cancer cells, may lay the groundwork for this model to be used in facilitating the identification of proteomic or small non-coding RNA therapeutic targets. As such, novel strategies with the potential to eradicate this critical cellular population, could significantly improve the survival rate for men impacted by aggressive prostate cancer. 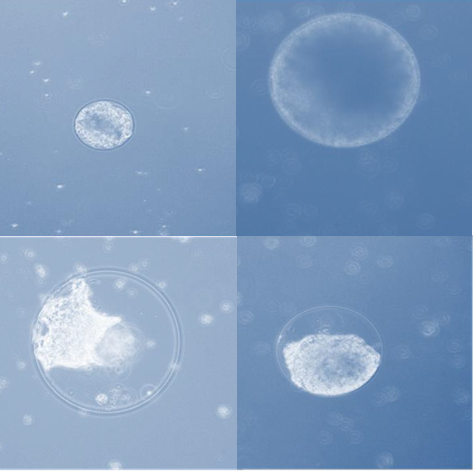 Survival for those impacted by prostate cancer tends to be good, however for those who develop metastatic disease the prognosis is much worse. Targeting microRNAs which promote stem-like capabilities and cancer stem cells, may provide valuable therapeutic options for men with metastatic disease.