Human papillomaviruses (HPV) cause nearly 600,000 cervical cancer cases and over 300,000 deaths each year, the majority occurring in low-resource settings1. Most HPV infections are cleared by the immune system, but some persist and may eventually progress to precancer and invasive cervical cancer2.

Risk of cancer varies substantially by HPV type, but viral factors alone cannot explain all the differences in outcomes from HPV infections. The immune system plays a big role in preventing and controlling HPV infections. In particular, the presence and composition of T-cells, an important part of the adaptive immune system, may impact disease trajectory. Because cervical HPV infections are localized rather than systemic, T-cell populations within the infected tissue are likely to be most strongly associated with infection outcomes.

T-cell subsets are commonly characterized by the cell surface markers they express. CD3 is a pan-T-cell marker, incorporating many T-cell subsets. Cytotoxic or killer T-cells express CD8 and destroy infected or damaged cells. Helper T-cells activate cytotoxic T-cells and are characterized by expression of CD4, although there are also subsets of CD4+ cells with other functions. Regulatory T-cells express FoxP3+ and CD25+ and suppress the immune response. However, reference values for T-cell quantities at each stage of cervical cancer progression do not exist. Such information would facilitate researchers’ understanding of the role of the adaptive immune system in HPV-driven carcinogenesis.

We sought to address this gap with a comprehensive literature review, ultimately reviewing over 6300 publication titles published over the last 57 years3. We aimed to be truly comprehensive, abstracting data from supplemental tables and quantifying measurements from figures published without numeric values. We used a variety of statistical methods to maximize our ability to include papers published without standard deviations, with medians rather than means, with T-cell counts measured in microscope fields rather than mm2, and more.

We found patterns in the literature supporting that T-cells play an important role in determining the outcome of cervical HPV infections. Overall, helper, and killer T-cells are all found at lower levels in low- and high-grade cervical lesions than in normal tissue, suggesting that the virus is evading immune detection in patients with persistent lesions. Regulatory T-cells do not show the same pattern and may indeed have the opposite effect, promoting carcinogenesis, because they suppress the adaptive immune response. In support of this hypothesis, studies with longitudinal data, following patients over time, show better outcomes with lower initial levels of regulatory T-cell. Tumors and surrounding tissues have high levels of T-cells, likely because cancers themselves are immunogenic. Our results were generally consistent across stromal, epithelial, and total tissue.

Understanding the role of T-cell and other immune factors in cervical carcinogenesis may have prognostic value and could aid in novel treatment development and clinical guidelines, but published data are highly heterogeneous and leave important gaps to be filled by future studies. We hope that our findings spur new immunohistochemistry studies utilizing modern high-throughput and automated techniques to build on the foundation of research dating from the 1960s. 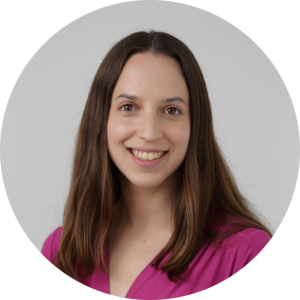