A community from npj Precision Oncology
Contributor BMC
Behind the Paper

Pancreatic ductal adenocarcinoma (PDAC) is a devastating disease[1]. Most carriers of the disease get diagnosed when metastases are already established. Those that are qualifying for curative surgery, about 25 percent of patients, will die on the average 2 years later from metastases that were too small for the present imaging modalities at the timepoint of diagnosis. PDAC is currently the 4th most frequent cause of cancer related death and is predicted to become number 2 after lung cancer in 2030 [2]. Therefore, PDAC is a medical emergency [3]. Why is the mortality so much higher than in other cancer types? There are no biomarkers for early diagnosis and the cancer is almost completely resistant to radiation-, chemo- and immunotherapy. Despite significant research and initially many promising preclinical therapy approaches, almost nothing works later in the clinic. The inevitable question is why nothing really translates into the clinic? The answer to that might lie in the fact that as the initial screening we used research tools like 2D cell culture that does not recapitulate a patient’s cancer, which can contain of up to only 10 percent of cancer cells surrounded by an enormous mass of extremely collagen-rich stroma, containing most of all activated pancreatic stellate cells (PSCs)/myofibroblasts creating to together with the cancer cells an immune-cold tumor microenvironment (TME) [4]. Based on a study on the interaction between tumor and stromal cells[5], we had already twenty years ago the idea that a key to understanding therapy resistance might lie in the way cells communicate with one another and their environment, and that there must be big differences when cells are grown on stiff plastic in 2D compared to growth in 3D as e.g. spheroids. Another important thought-provoking impulse was given by the newly developed concept of cell adhesion mediated drug resistance (CAM-DR) for hematopoietic malignancies.

We tested different approaches for 3D growth, like the hanging drop method and growth on agarose, but the most economic and reproducible way was to growth cells on non-cell culture treated plates in medium containing the inert crowding agent methylcellulose, which helps the cells to aggregate without interfering with e.g. gemcitabine treatment[6]. Another advantage of this system was that it was easily expandable from 96-well format to 384-well format for robotized/fully automated high throughput drug screening [7]. Most interesting, however, were the differences in the biological behaviour of the cancer cells grown in 3D versus the conventional 2D. Besides increased chemo-resistance to most drugs tested, we observed a metabolic switch towards higher glycolysis rate/lactate production (Warburg effect), response to hypoxia and a slight increase in extracellular matrix (ECM) production [6], all hallmarks of aggressive cancer. Interestingly, one of the drugs we found effective on PDAC spheroids was a genistein derivative, which has already produced promising results in phase 1 clinical trial [8]. 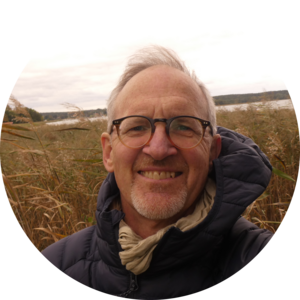