The notion of prognostically relevant neoplastic subtypes of pancreatic cancer has been well established. However, how these subtypes influence the tumor immune microenvironment (TiME), and vice versa, remains unclear. We show that, indeed, TiME is of the essence for PDAC subtype identity. 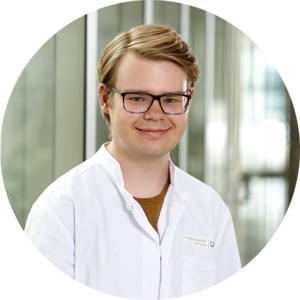 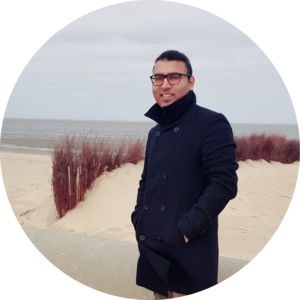 Pancreatic cancer (PDAC) is one of the deadliest cancers with an extremely poor clinical outcome. More than one third of PDAC patients present local or distant metastases at the time of diagnosis, and thus, chemotherapy (mFOLFIRINOX or gemcitabine plus nab-paclitaxel) is the only viable treatment. Unfortunately, the majority of the patients exhibit resistance to chemotherapy, which makes PDAC treatment very challenging. The complex heterogeneity within the tumor and associated stromal immune cells profoundly contributes to its poor prognosis and therapy resistance. Recent transcriptome-based sequencing identified two clinically distinct molecular subgroups: the classical (CLA) and basal-like (BL) PDAC subtypes. The BL subtype is significantly linked to worse prognosis and therapy resistance compared to the CLA subtype in PDAC. Recent clinical studies suggest that coexisting stromal immune components within neoplastic CLA and BL tumors determine differential prognosis and therapy response in PDAC patients. It is still debatable whether the existence of stromal immune cells within neoplastic subtypes restrains or promotes their aggressiveness.

In this study, we sought to understand how the two major PDAC subtypes (CLA and BL) interact with and shape their microenvironment for disease aggressiveness and therapy resistance. We focused on the inflammatory tumor immune microenvironment (TiME), which remains a much debated area of research since it can have tumor promoting or restraining effects. On the one hand, effector T cells, especially cytotoxic T cells, are constantly surveying our body for potentially cancerous cells and killing them; on the other hand, M2-like tumor-associated macrophages (TAMs) are known to suppress these effector T cells and even supply the tumor with growth factors. These antagonistic effects of two key immune cells on tumor growth offer an intriguing challenge to interrogate further with regards to PDAC and its subtypes.

To investigate whether the inflammatory immune system influences PDAC subtype identity, we analyzed publicly available sequencing data in patients, and noticed that inflammatory pathways, particularly around TNF-α and AP1 family transcription factors (TFs), are enriched in high-grade BL patient tumors. We confirmed this association between TNF-α and the BL subtype in genetically engineered mouse models of PDAC (KPC model) as well as in established, subtype-defined human cell lines implanted into mouse pancreas. Treatment of CLA cells with TNF-α promoted a switch to a more BL phenotypic state, both in cell lines and in mice, suggesting a functional role of TNF-α in establishing the unfavorable BL subtype.

While this was an interesting finding, the identification of the source of TNF-α kept us guessing for a while: despite the high levels of TNF-α in the mouse tissues, we could not detect any TNF-α in the supernatant or membrane-bound on the tumor cell lines, neither in CLA nor BL ones. A close investigation revealed that it was not the tumor cells, but rather the immune cells in the local tumor microenvironment, that produced TNF-a. Indeed, we saw highly abundant immune cells, the vast majority being macrophages, in BL TNF-αhigh tumors compared to CLA. This observation was subsequently validated using human samples, subtype mouse models, and TNF-α treated mice.

So how are these TNF-α-secreting macrophages recruited by the BL tumors? Analyses of cell lines, mouse tissue and patient sequencing data signposted us towards one tumor-intrinsic factor, CCL2. Being a well-known recruiter of macrophages, the CCL2 chemokine is highly raised in all our BL models. However, to understand how it is regulated in the BL tumor cells, we had to dig deep and investigate the underlying chromatin regulation.

As mentioned above, apart from TNF-α pathways, we also found AP1 TF pathways in BL patient expression data, which we thought might be possible regulators of CCL2, and hence, macrophage recruitment and TNF-α induction. Interestingly, we did find a strong expression of cJUN/AP1 particularly in the BL cell lines and orthotopic tumors, but the JUNB/AP1 TF was enriched in CLA tumors. This surprising finding prompted us to profile the genome-wide chromatin accessibility and JUN/AP1 factor occupancy in different PDAC subtypes. We found significant differences in the genome-wide accessibility, as measured by ATAC-seq, between CLA and BL cell lines, also at known lineage-specific genes. Similarly, the binding profiles of cJUN in BL and JUNB in CLA were remarkably distinct, despite belonging to the same TF family. Overall, both cJUN and JUNB seem to exert their functions largely by enhancer-mediated control of gene expression, with JUNB likely cooperating with epithelial lineage TFs such as ELF3 and GATA6 while cJUN may associate with ATF2. This led us to believe that JUNB maintains a more epithelial differentiation program, while cJUN mediates the inflammatory signaling that also involves CCL2. Through silencing and overexpression of cJUN, we validated the direct regulatory role of cJUN for CCL2 in a range of established and patient-derived PDAC cell lines. Crucially, exogenous treatment or overexpression of TNF-α in the tumor cells also induced the cJUN-CCL2 axis.

The next step was to try and disrupt this signaling axis to promote the low-grade, differentiated CLA phenotype. Unfortunately, inhibition of the TF activity of cJUN is difficult, and monotherapy with anti-TNF-α antibodies failed in our aggressive, syngeneic KPC model. Hence, we looked for druggable transcriptional co-regulators that are involved in maintaining this TNF-α-cJUN-CCL2 axis. Among BL-specific active transcriptional regions, we found not only cJUN, but also the bromodomain co-regulator BRD4. Due to its involvement in inflammatory gene regulation, we investigated whether BRD4 directly regulates cJUN expression. Indeed, silencing of BRD4 by siRNA as well as pharmacological inhibition by JQ1 led to a reduction of cJUN as well as CCL2 expression by altering 3D-chromatin looping around the cJUN locus.

Taken together, we have learned that the tumor cells of the BL subtype can secrete factors to recruit pro-tumorigenic macrophages, which supply the tumor cells with TNF-α to foster an aggressive PDAC phenotype.

We hope that these new insights translate into patient therapies and improve the dismal prognosis of PDAC. We propose that profiling patients for their TNF-α and cJUN expression may allow targeted therapy with BRD4 inhibitors, which could halt the aggressive and invasive phenotype of TNF-αhigh/cJUNhigh tumors and allow their re-sensitization to chemotherapy.