“We live today in the era not of the art of dying, but of the art of saving life,” ― Sherwin B. Nuland
Kazukuni Hayashi and Keith Syson Chan
2 contributors
Like Be the first to like this
0

Most chemotherapeutic agents, including gemcitabine, do not elicit immunogenic cell death, a phenomenon associated with the release of damage-associated molecule patterns (DAMPs). Here, the authors show that gemcitabine-treated dying cancer cells express hallmark DAMPs but their immunogenic properti…

What fascinated me most, or rather enticed me to join my current PI’s laboratory was the lab’s avant-garde conception: anti-cancer therapies can undesirably derive therapeutic resistance.

At the time of my rotation, the lab had newly reported that chemotherapy-induced dying cells release prostaglandin E2 (PGE2) as a mitogen to drive the proliferative repopulation of residual cancer stem cells1. Through compensatory proliferation, this progressive acquisition of tumor chemoresistance occurred during the gap periods in between cyclical chemotherapy treatments1,2. During my rotation, I was given a list of proteins from the former graduate student (i.e., proteins that were enriched in chemotherapy-treated cells profiled by mass spectrometry). The original goal was to identify novel mitogens that drive cancer stem cell expansion. After a series of back and forth interactions, my PI (Dr. Keith Syson Chan) and I, much to our surprise, identified a class of molecules that function as immunological adjuvants. And this very finding became the foundation of my thesis project—an uncharted territory of our lab.

The unforeseen discovery that gemcitabine chemotherapy—a standard of care treatment for many solid cancers—promoted the release of damage-associated molecular patterns (DAMPs) was confounding. On one hand, hallmark DAMPs (e.g., calreticulin; CRT) are considered immunostimulatory and drives immunogenic cell death (ICD); a form of cell death that nucleates an antitumoral immune response3,4. Yet, an independent group had already reported that gemcitabine was incapable of promoting ICD, via the lack of CRT translocation to the cell surface—CRT is an important “eat me” signal5. Despite this disparity, we proceeded with a gold-standard in vivo vaccination assay to evaluate the ICD-inducing capacity of gemcitabine.

The initial results added another layer of perplexity. While gemcitabine promoted hallmark DAMP release, including cell surface CRT, the drug was unable to induce ICD in vivo. We, therefore, surveyed the literature to find clues to resolve this conundrum. Interestingly, PGE2 was implicated to function as an “inhibitory” DAMP in a mechanical stress model6. This literary finding was intriguing; in conjunction with our prior published study1, we hypothesized and finally validated that the induction of PGE2 released by dying cancer cells also functioned as a potent inhibitory counterpoise to the canonical, immunostimulatory DAMPs to mitigate the propagation of immunogenic cell death.

The evolution of this paper owes much gratitude towards the peer-reviewers. In many aspects, their expertise and insightful suggestions brought forth discussion that elevated the project both conceptually and experimentally.

Rarely are you blessed—as a graduate student—with a friendly lab environment and a post-doc who mentors you inside the lab and is a soccer buddy outside the lab. Having that additional guidance and support from Dr. Fotis Nikolos is indispensable.

“This project is exemplary of how my lab conducts research: a discovery that emerged from a close-knit collaboration between Kazu, Fotis, and I—and we mustn't forget the valuable inputs from the reviewers,”   -Dr. Chan.

I excitingly look forward to continuing research on the physiological process(es) that manifest in response to therapy-induced cell death. In most circumstances, tumor cell death is the ultimate end goal for anti-cancer therapies. Yet, our bodies’ physiological circuits proceed to function—so, it makes absolute sense that an end (e.g., cell death) only demarcates the beginning of something new. 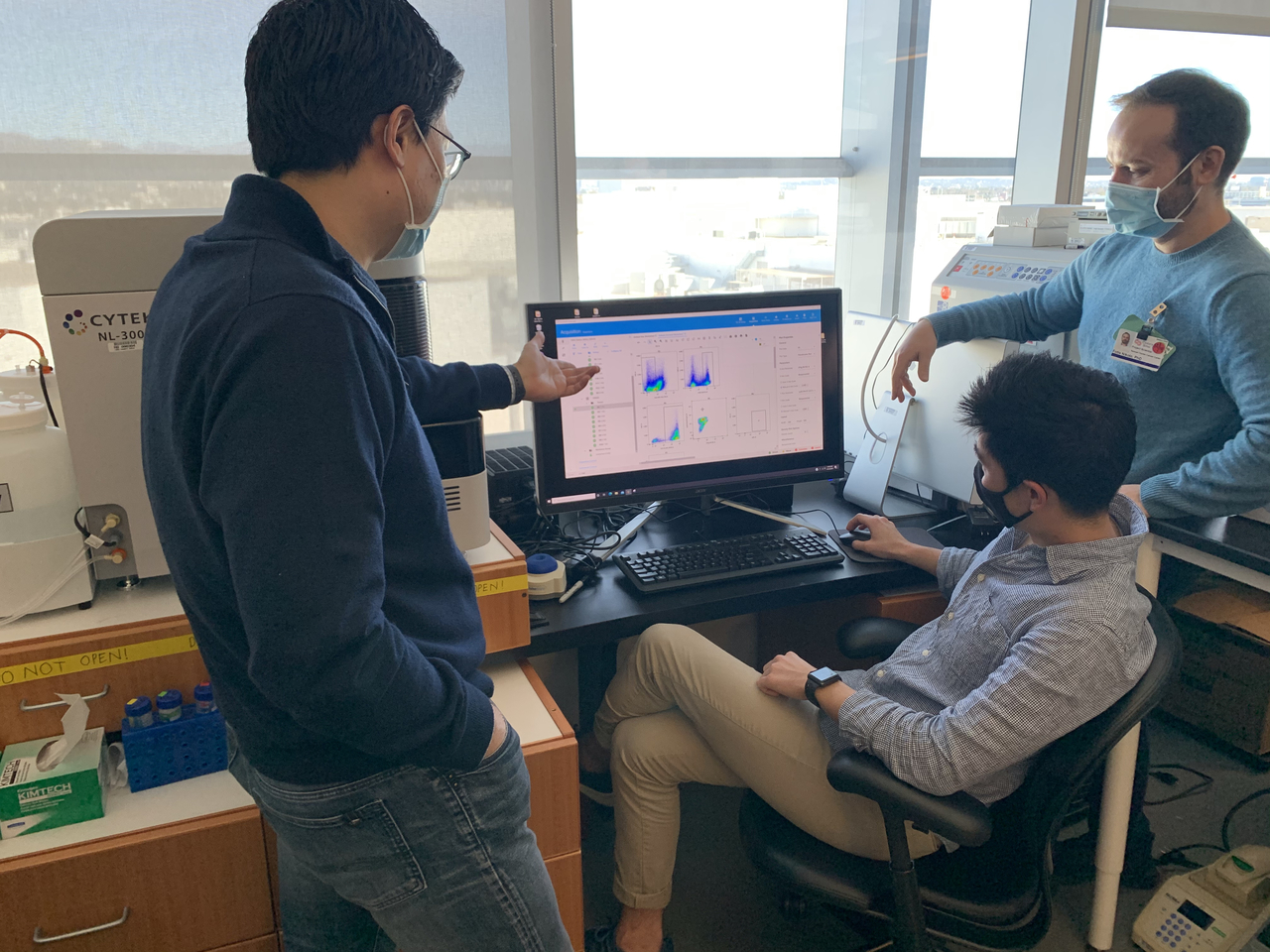