My team has been involved in several clinical trials of Bruton’s tyrosine kinase inhibitors (BTKi) and phosphatidylinositol-3 kinase inhibitors (PI3Ki) as monotherapies targeting B-cell receptor (BCR) signaling pathways in NHL. Although promising, data suggest patient response to these therapies has been limited in depth and duration, and tolerability of these drugs has been a concern.

We felt that combining BCR-targeted agents at doses lower than those used in monotherapy could improve tolerability while preserving or improving efficacy by limiting the emergence of resistant clones. In vitro preclinical evidence supports combination therapy with BCR pathway inhibitors.1,2 Our goal was to evaluate the safety, tolerability, and preliminary efficacy of the selective, irreversible, small-molecule BTKi tirabrutinib (TIRA) in combination with the PI3Ki idelalisib (IDELA) or SYK inhibitor entospletinib (ENTO) in patients with selected NHL subtypes.

This was a phase 1b, open-label, multicenter, sequential dose-escalation and -expansion study in patients with relapsed or refractory NHL (NCT02457598). Eligible patients had a diagnosis of non-germinal center B-cell DLBCL, FL, MCL, or other indolent NHL (lymphoplasmacytic, marginal zone, or small lymphocytic lymphoma). Patients had a history of prior (≥1) non-BTKi or PI3Ki therapy, were not transplant eligible, had progressive or stable disease on their most recent treatment regimen, and presence of ≥1 measurable lymph node lesion. Treatment consisted of TIRA (20-160 mg QD) in combination with IDELA (50 mg BID or 100 mg QD) or ENTO (100 mg QD or 400 mg QD) (Figure 1). The primary endpoint was safety, evaluated by occurrence of adverse events (AEs) and dose-limiting toxicities identified by laboratory abnormalities. Overall response rate (ORR) was the preliminary efficacy endpoint.

Although the combinations explored were well tolerated with AE rates comparable to previous single-agent studies,3-6 we observed no meaningful efficacy advantage and in some cases (eg, FL patients), ORRs were lower than those observed in other studies.7-11 Therefore, we conclude that any advantage achieved in safety through lower doses of BCR-targeted agents may have compromised efficacy in this study, yet this conclusion may disproportionately reflect the lower IDELA dosing. We feel this is valuable learning for the combination of oncoming agents targeting the BCR pathway and remain hopeful that continued exploration of treatments for B-cell lymphomas will uncover tolerable combinations that do not sacrifice efficacy. 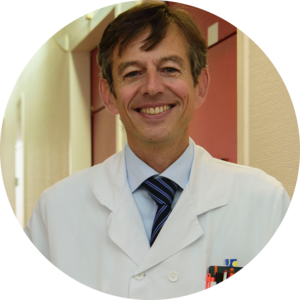