Tumour suppressor activity of the atypical cadherin MUCDHL in the gut

The atypical cadherin MUCDHL stands out for its unusual features and unique function in the gut. In our last study, we show that the loss of MUCDHL in colon tumours correlates with a more aggressive disease and we describe for the first time its inhibitory effect on EGFR / AKT signalling.

There was a time when I only knew about E-cadherin or VE-cadherin… There was a time when I thought that cadherins are just involved in cell-cell adhesion… This has dramatically changed since I started to study a poorly-known cadherin called all sorts of names (CDHR5, µ-protocadherin, MLPCDH), my own favorite one being MUCDHL despite that it sounds much nicer in French than English!

We discovered MUCDHL as we were looking for cool new targets of the master transcription factor CDX2 in the intestinal epithelium (1). MUCDHL is a peculiar cadherin, with only 4 cadherin motifs instead of the usual 5, repeated mucin motifs of unknown function, and a unique intracellular domain. In addition, MUCDHL is primarily localized at the top of mature enterocytes, i.e. towards the lumen, which is odd for a cell-cell adhesion protein…. This mystery was solved by Matthew Tyska’s lab at Vanderbilt University. Indeed, they showed that MUCDHL binds together adjacent microvilli to form a tightly-organized brush border (2). Interestingly, two other atypical cadherins are similarly linking stereocilia of hair cells together in the inner ear .

In our article published this month in Oncogene, we investigated another unsolved issue, i.e. the involvement of MUCDHL in colon cancer. Indeed, several labs including ours described a loss of expression in small series of colorectal tumors (1, 3, 4). We had also shown that forced expression of MUCDHL in colorectal cancer cells decreases their ability to form big tumors in mice and blocks the oncoprotein ß-catenin (1). Our new study provides further evidence that the loss of MUCDHL enhances intestinal tumorigenesis in mice (incidence and burden) and patients (prognosis). Unexpectedly, we discovered that the anti-tumor activity of MUCDHL on colon cancer cells goes beyond membrane sequestration of ß-catenin and hampers signaling from critical oncogenic pathways such as the EGFR and AKT pathways (see figure).

As always in science these findings open up a whole new series of questions relevant for colon cancer but also clear cell renal cell and hepatocellular cancers in which MUCDHL expression is also lost. Beyond MUCDHL and cadherins, this work suggests that the loss of differentiation markers and/or adhesion molecules does not only favour metastasis but also affects early steps of tumour formation.

Now I know… Cadherins are not just gluing tissues together and there are other 100 members out there that deserve further studies. They are waiting for you! 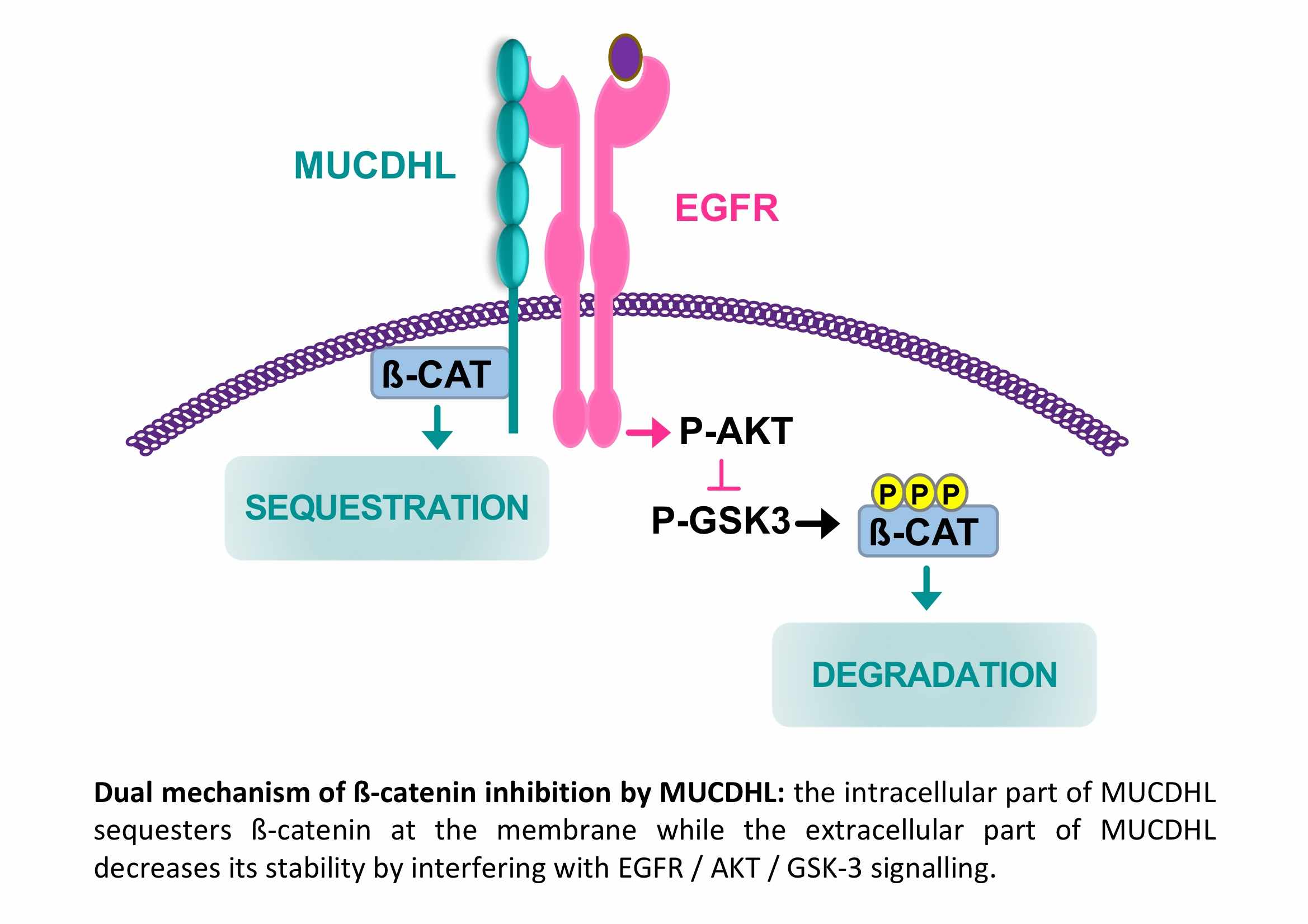 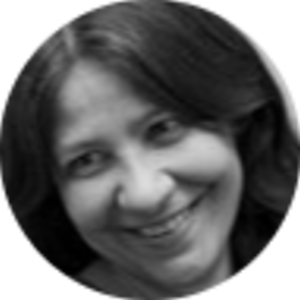