Smoldering multiple myeloma (MM) is the asymptomatic precursor disease of multiple myeloma (MM). The rate at which patients progress from SMM to MM is on average 10% per annum, however, it is clear that not all patients progress at the same rate.  The International Myeloma Working Group (IMWG) has devised a set of criteria to identify patients with a high risk of progression which takes into account a number of clinical parameters including serum free light chain ratio, bone marrow tumor burden, and bone lesions detected by magnetic resonance imaging.  However, at the moment genomic data is not used to risk stratify SMM patients in the same way that it is used in MM patients.

We sought to understand the genomic landscape of SMM patient tumors, determine the differences to MM patient tumors, and use clinical data to identify any associations with a short time to progression.  We used targeted sequencing of 82 SMM patient samples to identify the key known abnormalities found in MM.  We determined that the high-risk translocation groups, t(4;14) and those involving MYC, were present at a lower frequency in SMM, presumably because these high risk groups progress at a faster rate. Mutations in NRAS were also at a lower frequency at SMM and mutations in FAM46C were absent in SMM patients.  Bi-allelic events are common in MM, but were found at lower levels in SMM especially in key tumor suppressor genes such as TP53, DIS3, and TRAF3.

In a multivariate analysis of genomic abnormalities we found that mutations in KRAS, a four gene expression signature, and the IMWG criteria were independently associated with a short time to progression. Patients with two of these criteria were associated with an even higher rate of progression.  Therefore, we believe that genomic analysis of SMM patients will aid in their risk stratification and allow physicians to more clearly identify those requiring treatment before disease progression.

Another key finding was in the clonal evolution of SMM tumors.  By performing exome sequencing on annual serial samples from SMM patients we saw that the clonal structure was not stable even though the patients are not undergoing treatment.  A key example of this is shown as the slow increase in frequency of a clone with a MYC translocation over a period of 6 years. This suggests that there is an evolutionary struggle that is ongoing in the bone marrow between sub-clones which results in the waxing and waning of mutations and copy number changes.  This highlights the need for continued monitoring of SMM patients, so that even if a patient does not have a KRAS mutation or a MYC translocation when they are diagnosed, it may be detected at a later date but before they progress to the full symptomatic MM disease state.

Future studies with more SMM patient datasets are required to fully understand the genomic impact on disease progression.  For example, alterations in TP53 were not significantly associated with progression in our dataset due to the low numbers of patients with that abnormality, but we expect that in a larger dataset they would be.  Also, more information on other genomic events outside of the commonly mutated genes may reveal abnormalities affecting gene regulation including promoter mutational hotspots and super-enhancer genome shuffling. 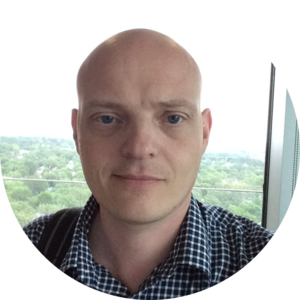 Linda Kachuri
Nature Research Cancer Community
We use cookies to help improve your experience. By continuing to browse our website you are consenting to our use of cookies.
Learn more