Metaplastic breast cancers (MBC) are a rare but aggressive form of breast cancer. Typically, ‘triple-negative’, they lack expression of the hormone receptors and HER2, eliminating patients from receiving targeted therapies, however they are also known to be chemotherapy refractive. MBC present with an unusual, heterogeneous, ‘stem-cell like’ phenotype featuring differentiation into a number of different morphologies, including spindle, squamous and mesenchymal (e.g. osseous, chondroid).1

To better understand MBC, we formed the Asia-Pacific MBC Consortium with a number of leading pathologists and researchers from around the region. Our first paper sought to better characterise the morphology and featured centralised pathology review of more than 300 cases.2 We also performed a detailed dissection of the clinico-pathology features and biomarker expression, and together with data from a number of teams around the world, we now understand that MBC are not the same as the more common, ductal carcinoma with triple negative phenotype. However, MBC are treated in the same way, and in addition to surgery and radiotherapy, MBC are frequently treated with systemic chemotherapies, even though these tumours typically don’t respond well,3 although there is some conflicting data.4 The advent of immune checkpoint inhibitor therapy in solid tumours has made a huge advance in the clinic, however robust predictive biomarkers remain outstanding. There is extensive data to support that presence of tumour infiltrating lymphocytes (TILs) in a tumour mass is a prognostic indicator,5 but the composition of these TILs is critical in determining whether the immune system is suppressed. When suppressed, it is possible to therapeutically reactivate the immune system, by removing the check point blockade, thus allowing the immune system to recognise and attack the tumour.

Reports of durable responses to immune check point inhibitors in metastatic TNBC6,7 and case reports of success in MBC,8,9 prompted us to question whether MBC were evading the local immune response, and whether they could be targeted for immunotherapeutic intervention. Our graduate student, Emarene Kalaw, with help from a number of trainee pathologists, performed a detailed assessment of the tumour infiltrating lymphocytes, and PD-L1 and FOXP3 staining.10 A number of interesting associations emerged: (i) MBC are less frequently immune hot (high levels of TILs) than TNBC (ii) MBC have an enrichment for PD-L1 positive tumour cells, but MBC and TNBC have comparable PD-L1 positivity in TILs; and, (iii) MBC are significantly enriched for FOXP3 expressing TILs, and in fact FOXP3 intratumoral (as opposed to stromal) TILs were associated with an adverse prognostic outcome.

Our research has not only shown that a subset of MBC is likely to respond to immune checkpoint inhibition, but also that FOXP3 is an important prognostic indicator in MBC. 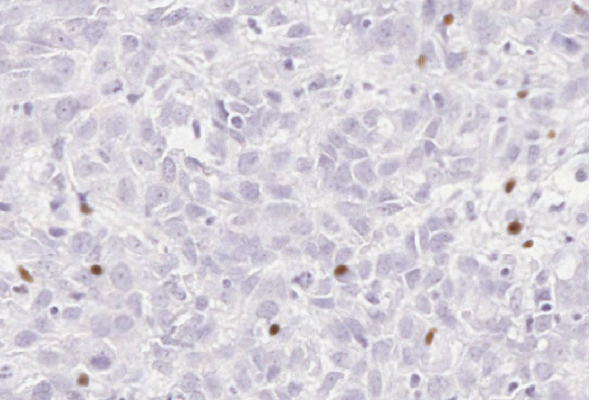