Ovarian cancer is challenging because at diagnosis you are treating one disease but over time you end up grappling with something very different. The initial response to first line treatment in ovarian cancer is generally very good, with the vast majority of patients having significant regression of their cancer using a platinum-based chemotherapy regimen… but that’s where the predictability stops. After recurrence, treatment is a constant back and forth of trying new therapies with initial response, then eventual resistance, but within this pattern you often find markedly different responses in tumor sites within the same person. This study started very simply to try to figure out why there were different responses within patients, but as the study evolved, it became far from simple. It took multiple institutions, two transatlantic moves, some very determined researchers, generous patients agreeing to participate in our efforts, wet lab work, and incredible bioinformatics expertise.

The seed for this paper was sown long before the story of the current work evolved in a collaboration between the very same research groups working on a very unique patient case with high grade serous ovarian cancer. At Memorial Sloan Kettering Cancer Center, Dr. Evis Sala, who is a radiologist specializing in ovarian cancer, noted that radiographically one frequently saw very heterogenous responses to therapy not only between patients but also between different tumor sites in the same patient. At the same time Dr. Alexandra Snyder was observing the same phenomenon clinically in her Medical Oncology practice. This raised the question for them, what was happening in the tumor immune microenvironment (TME) to explain growth at some tumor sites and regression at others? The observation of heterogeneity was particularly evident in an ovarian cancer patient who was an exceptional responder defying the usual disease course with some of her tumors shrinking spontaneously even after chemotherapy treatment was ended. It was at this time that they began collaborating with Dr. Martin Miller and his PhD candidate Alejandro Jiménez-Sánchez at Cancer Research UK Cambridge Institute. Together the interdisciplinary team began studying this patient case intensely utilizing whole-exome sequencing, RNA expression data, immunohistochemistry, neoepitope prediction, and in situ T cell sequencing to better elucidate the TME at these metastatic sites. In this unique case study, they found that multiple distinct tumor immune environments co-existed within one individual, and that the growing metastatic sites showed immune exclusion, while regressing sites showed infiltration of CD4+ and CD8+ T cells as well as oligoclonal expansion of specific T cell subsets (Jimenez-Sanchez et. al. Cell 2017).

These findings were just a first step, and the expansion of the project took shape in two parts. The first part examined the TME in multiple sites within the same patient and evaluated tumor heterogeneity clinically, radiographically and at the cellular level. This allowed assessment of heterogeneity within the same tumor site, within the same patient at multiple sites and across different patients. Drs. Sala and Snyder enlisted Dr. Paulina Cybulska, at the time a fellow in gynecologic oncology at MSKCC to lead this arm of the project. The second part evaluated the effect of chemotherapy on the TME, and for this Dr. Snyder began working with me, also a fellow at the time. After identifying and collecting all the specimens and abstracting relevant clinical data points, it was time to begin the deep dive in the lab. The wet lab work was done at MSKCC by myself, Dr. Cybulska and the members of the Snyder lab (TME), Reis-Filho Lab (genomics) and Sala group (advanced cancer imaging), with Dr. Miller (TME Systems Biology) and Dr. Jiménez-Sánchez performing the bioinformatic analyses. In the process of doing this, the grass must have really been greener on both sides of the Atlantic, as Dr. Sala moved to become the Chair of Oncological Imaging at University of Cambridge and Dr. Jiménez-Sánchez came to MSKCC as a Post-doctoral Research Fellow. As results came back, the story of tumor heterogeneity and effect of treatment started to become clearer, and through the lenses of bioinformatics and immunogenomics approaches we could begin to understand what was driving the varying clinical responses we see in the clinic.

In the work, we find that immune cell-excluded and inflammatory microenvironments co-exist within the same individuals and within the same tumor sites, indicating vast variability in immune cell infiltration at different levels. Integrative analyses of tumor microenvironment cell composition, DNA copy number alterations, mutations and gene expression showed that immune cell exclusion was associated with amplification of Myc target genes and increased signaling of canonical Wnt pathway in treatment-naive ovarian cancers. Moreover, we found that chemotherapy causes immune activation with increased natural killer cell infiltration and oligoclonal expansion of T cells. Altogether, this study has great clinical significance because it gives us a reason behind the varying clinical responses to treatment and avenues of research to both better tailor current therapies and explore new ones. Similarly, the findings on the effect of chemotherapy on the TME suggests that the immune activation seen with treatment provide a window of opportunity for using immunotherapy in combination with chemotherapy in a disease that so far remains largely incurable at late stages. 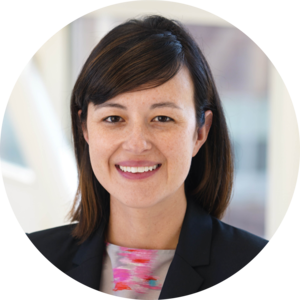