Using the lacZ gene to characterize human-relevant mechanisms of carcinogenesis

In 2013, a ground-breaking paper by Ludmil Alexandrov and colleagues at the Wellcome Trust Sanger Institute, used genomic sequencing data and mathematical modelling to demonstrate the presence of specific mutational signatures in the pattern of mutations found in cancers[i]. Some of these signatures are associated with endogenous processes, some bear similarities to environmental exposures such at tobacco smoking, whereas others have no apparent etiology. These findings proposed that mutational signatures could be used to understand mutagenic mechanisms involved in carcinogenesis.

Our laboratory is investigating the induction of mutations in vivo using the MutaMouse transgenic rodent model that contains the lacZ gene integrated in the DNA of each cell[ii]. Following chemical exposure, the lacZ gene can be recovered from any tissue, packaged into phages, and infected into bacteria that, under selective conditions, will allow the formation of plaques only if the lacZ gene has been inactivated by a mutation. By sequencing these mutations, we can rapidly and inexpensively obtain insight into the mutagenic mechanisms of chemicals.

I discussed the idea with my collaborator Carole Yauk, and two members of our group, Marc Beal and Matt Meier, ran with it. Together with our team (including Jason O’Brien, Clotilde Maurice and Danielle LeBlanc) we gathered all our lacZ sequencing data and other published lacZ mutation data resulting in a panel of 10 mutagens with different modes of action and potency. First, we took into account the differences between the lacZ gene and the human genome in the occurrence of the 96 possible trinucleotides that form each signature. Then, we used the most recent Catalogue of Somatic Mutations in Cancer (COSMIC) database[v] to create of a parallel set of signatures that represented how each signature would look like if the lacZ gene was used instead of the human genome. Finally, we developed a workflow that integrated existing algorithms for decomposing mutation profiles into signatures to work with the lacZ sequence (Figure 1). 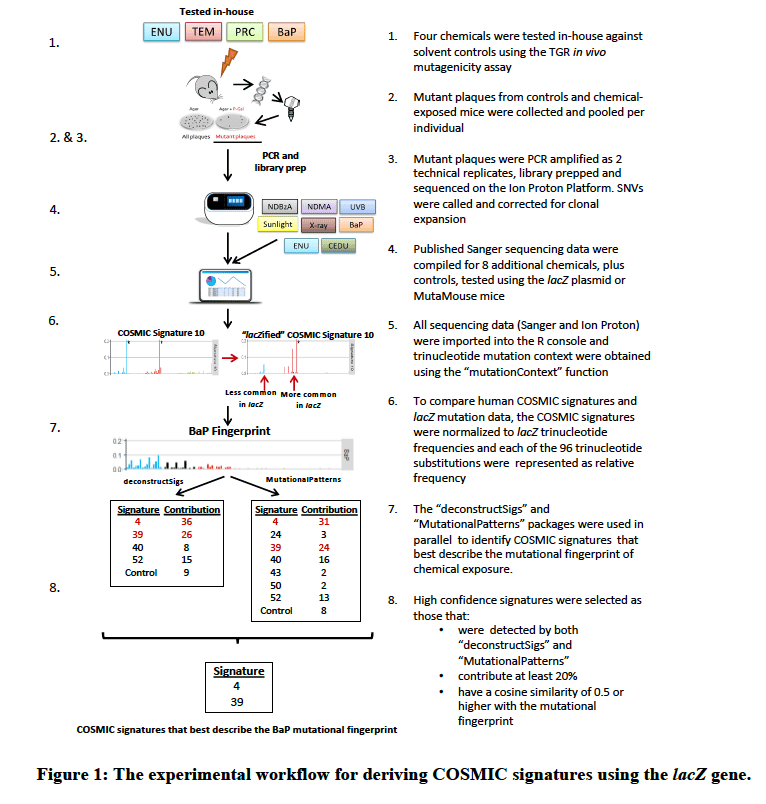 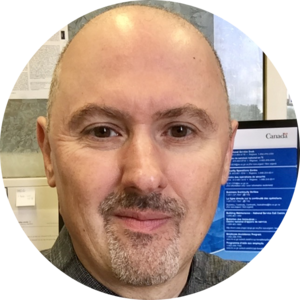