Tremendous progress has been made in breast cancer screening and treatment, yet it remains one of the top causes of cancer deaths in women [1]. Almost all breast cancer deaths are a result of metastasis, and thus understanding how to inhibit the metastatic cascade will be critical if we are ever to reduce the fatalities associated with this disease. Induction of an epithelial-to-mesenchymal transition (EMT) is one means by which epithelial tumor cells are thought to gain characteristics required for metastasis [2].  However, while controversial, several studies have shown that the metastatic potential of cells that undergo an EMT is not increased[3]. In our work, we elucidate the mechanism of a previously underappreciated effect of EMT, through imparting epithelial plasticity and increased metastasis via non-cell autonomous means.

It is now well appreciated that tumors consist of genetically and phenotypically different populations of cancer cells[4]; such heterogeneity contributes to tumor progression via several mechanisms [5-7]. One mechanism by which intratumoral heterogeneity contributes to tumor progression is cooperativity among different sub-clones within the tumor. Our laboratory previously demonstrated that tumor cells that have undergone an EMT can enhance the metastatic capabilities of neighboring epithelial tumor cells via both canonical and non-canonical activation of GLI signaling in the epithelial tumor cells [8]. However, the mechanism by which the breast cancer cells, that had undergone an EMT, non-canonically activated GLI signaling in neighboring epithelial tumor cells remained elusive.

In this work, we elucidated the mechanism by which EMT breast cancer cells non-canonically activate GLI signaling in epithelial tumor cells, in order to identify potential targets whose inhibition could cripple intratumoral crosstalk and metastasis. We show that EMT tumor cells, via a mechanism dependent on the EMT-associated transcription factor, SIX1, secrete increased levels of VEGF-C, which binds to the Neuropilin-2 receptor (NRP2) and induces paracrine activation of GLI in epithelial tumor cells. This novel VEGFC/GLI axis promotes growth and metastasis of neighboring epithelial cancer cells in vivo. Importantly, analysis of the breast TCGA dataset corroborates this finding, as a significant correlation is observed between VEGF-C and both Hedgehog signaling and EMT.

In conclusion, this work demonstrates that EMT mediated VEGF-C secretion, which was thought to primarily influence lymphangiogenesis in the tumor microenvironment [9, 10], imparts novel and conserved paracrine effects on epithelial cells within the primary tumor, mediating GLI signaling and enhancing metastasis of otherwise less aggressive, non-metastatic cells. 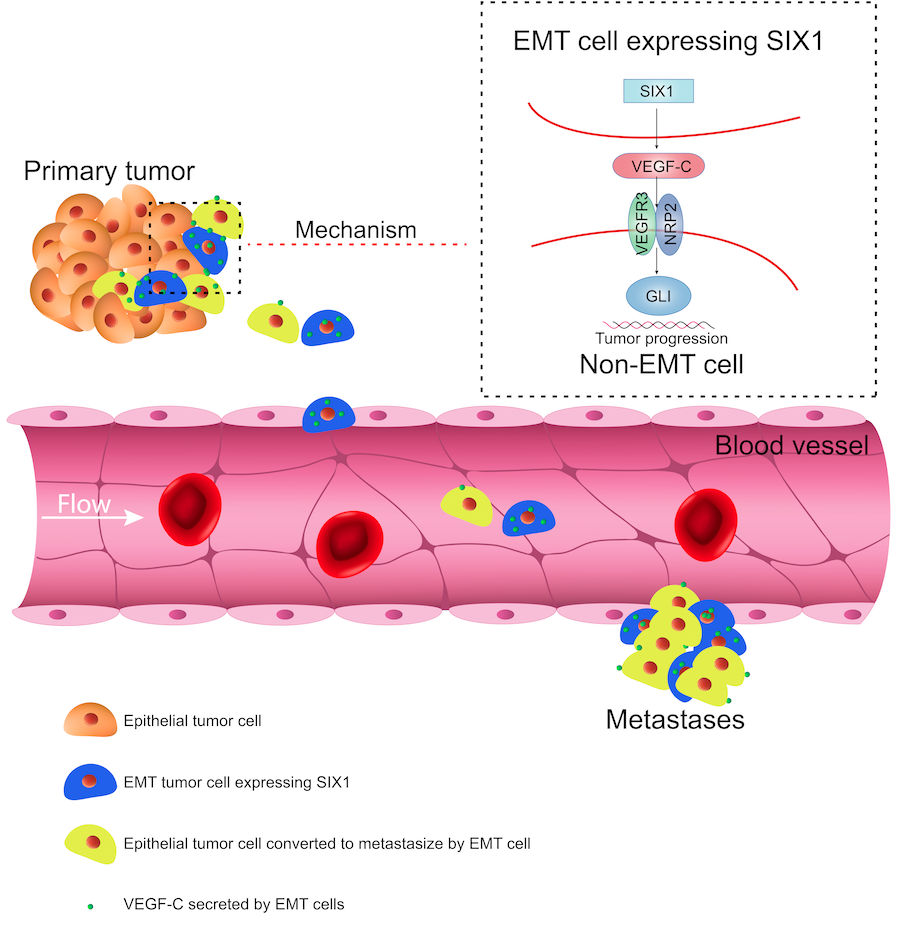 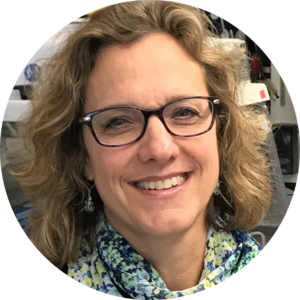