Nonetheless, understanding the complex modifications occurring during PCa progression has been hampered due to the lack of models. One of the laboratories involved in this project, at MD Anderson, is home to one of the largest collections worldwide of PCa patient-derived xenografts (PDXs), the MDA PCa PDX series, representative of the clinical spectrum and complexity of the disease, comprising a valuable resource that has provided unique insights into the biology of PCa, thus attesting to the clinical relevance of these models [2].

In this work, we used PDX MDA PCa 183 to model PCa response to ADT. Our study included MDA PCa 183 tumors growing in intact mice (Control), those harvested 10 days after castration of mice (early response to castration [ERC]) and at relapse (Relapse). We confirmed our model mimicked short and long-term response to castration (ERC and relapse, respectively) by assessing tumor volume and PSA levels in the mouse and, in parallel, in the human donor, and further characterized its expression of androgen receptor (AR) and one of its targets, ETS-related gene (ERG). We then assessed the metabolic changes associated with PCa progression in our preclinical CRPC model by performing a comprehensive metabolomics analysis, and subsequently confirmed main findings in the human donor tumor that progressed after ADT.

We found that relapsed tumors, presenting significant lower levels of AR and ERG, had a significant increase in fatty acids (FA) and ketone body (KB) content compared with ERC, suggesting a shift from high glycolytic activity to exacerbated KB metabolism. KB, products of FA metabolism, one of the prevalent metabolic pathways in PCa, are high-energy mitochondrial fuels that can be converted back into acetyl-CoA, which is vital for amino acid, ATP and FA synthesis, and putatively tumor progression; and thus, reutilized as an energy source.  Further, we assessed expression of some of the critical enzymes necessary for both, ketogenic and ketolytic processes (ACAT1, OXCT1, BDH1), and detected them significantly increased after castrate-resistant progression in both, the PDX tumor and the human donor tissue that progressed under ADT, thus providing added relevance to our findings as a mechanism of human PCa progression.

To further ascertain the implications of these factors in CRPC, we analyzed the expression of these ketogenic/ketolytic enzymes in silico in PCa cohorts from public database repositories including the Prostate Adenocarcinoma Project of The Cancer Genome Atlas and the Stand Up To Cancer- Prostate Cancer Foundation Dream Team: Precision Therapy for Advanced Prostate Cancer data, where we found increased levels of ACAT1, OXCT1 and BDH1 in a subset of PCa patients that relapse with low AR and ERG and their expression associated with decreased time to biochemical relapse and decreased progression-free survival.

In summary, our work reveals a metabolic shift of the critical metabolites fueling CRPC progression towards ketolysis in a subpopulation that do not use the canonical AR signaling during early relapse to ADT. These metabolic changes may serve as the foundation to identify early biomarkers of CRPC progression in a larger co-clinical study, to harness them for clinical purposes.

ACAT1, one of the key enzymes involved in the conversion of KB into acetyl-CoA, was proposed as a druggable target for cancer therapy [3]. In this study we report an increase in ACAT1 in PCa and its association with relapse to ADT, supporting KB as the main energy source driving CRPC, and proposing targeting this enzyme as a promising therapeutic intervention for CRPC. It remains to assess whether blockade of KB conversion to acetyl-CoA will curb CRPC progression, using clinically relevant PDX models and confirming our findings using clinical samples.

Over the past years, ketogenic diets (KDs) have been becoming more and more popular. The KD originated for the treatment of epilepsy as an alternative to fasting, and has been proposed as a cancer therapy. However, its impact in cancer treatment still remains controversial and according to this work and others, the success of a KD as an anti-tumoral approach may rely on assessing both, KB availability and levels of ketogenic/ketolytic enzymes, in combination. Low levels of these enzymes would signify a reduced ability to process KB and thus, highly likely, a response to a KD by tumors [4], although KD has shown variable outcomes [5].

This work was carried out during the shut-down of our labs due to the COVID-19 pandemic in two far-apart places in the world: at the University of Buenos Aires, IQUIBICEN-CONCET, in Argentina and at the University of Texas MD Anderson Cancer Center, in USA. This highly interactive team made it feel like we were all together simultaneously in the same laboratory.

Schematic representation of our working model depicting metabolic changes associated with prostate cancer (PCa) progression. Using a patient-derived xenograft (PDX) that mimics its human donor during castrate-resistant PCa (CRPC) progression, we found increased ketone bodies in relapsed tumors, characterized as androgen receptor (AR)-low and ETS-related gene (ERG)-low, by metabolomics analysis. We ascertained increased ketogenic/ketolytic enzymes (ACAT1, OXCT1 and BDH1) in vivo in the preclinical model, in the human donor, and in silico in a subpopulation of PCa patients with low AR and ERG, that presented decreased time to biochemical relapse and drecreased progression-free survival; thus, suggesting a shift towards ketolysis and use of ketone bodies as fuel in CRPCs progressing under non-canonical AR signaling. 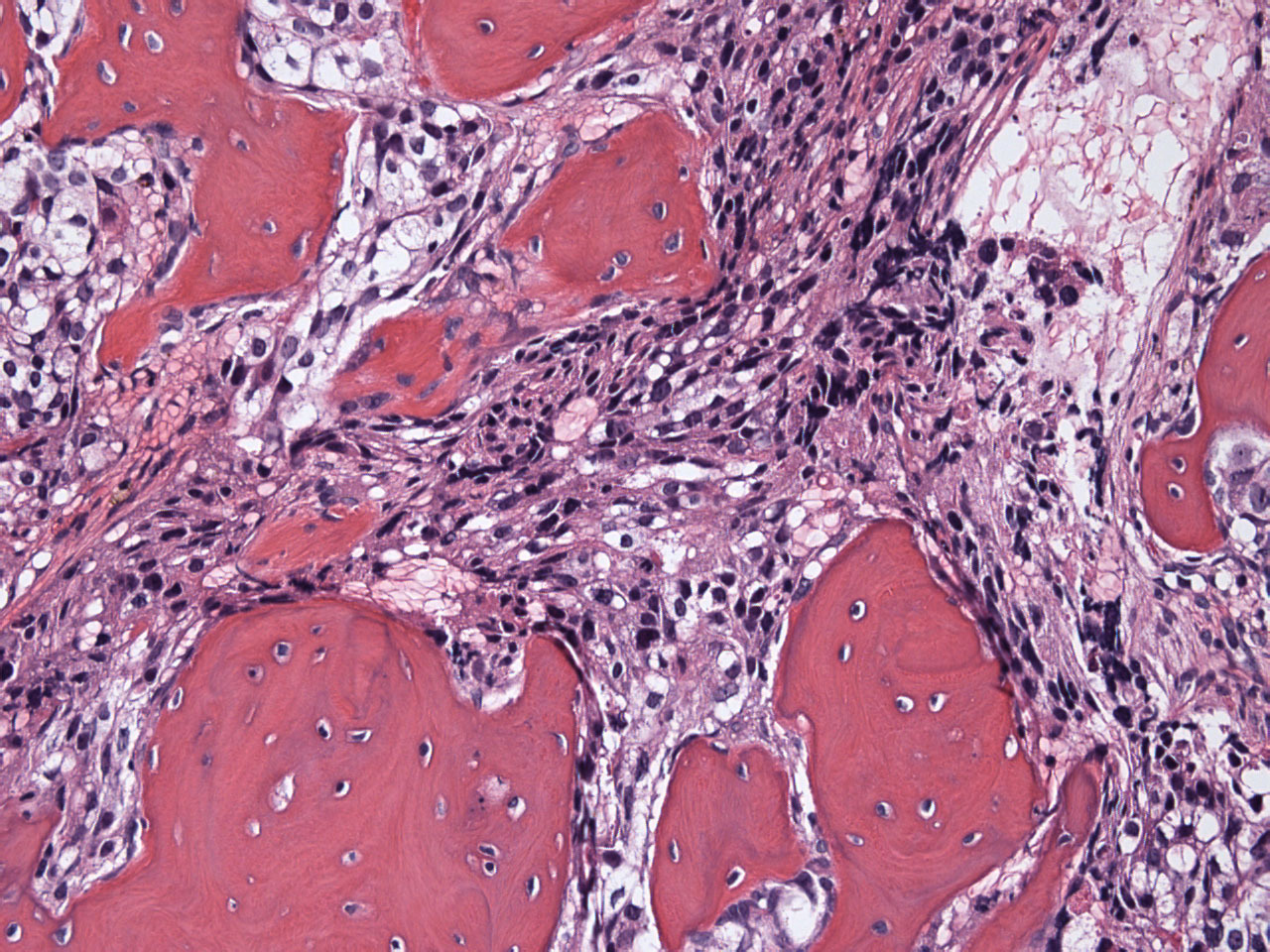 Our work reveals a metabolic shift of critical metabolites fueling castrate-resistant prostate cancer progression towards ketolysis in a subset of prostate cancers that do not use canonical androgen receptor signaling during early relapse to androgen deprivation therapy.