When MYC is turned on Immune Surveillance is Turned off

When MYC is turned on Immune Surveillance is Turned off

The MYC oncogene is a transcription factor that when overexpressed elicits many of the hallmarks of cancer thereby contributing to the cause of many  types of human cancer.  However, to date, MYC, like most transcription factors has been an elusive therapeutic target.  Recent work from our lab had suggested to us that MYC may be a  key general regulator of the immune response.  That cancers that are driven by MYC may be particularly vulnerable to therapies that target the immune response.  Previously, we have shown that MYC regulates T-helper cell immune surveillance (Rakhra, Bendapudi and Felsher, Cancer Cell, 2010) and  immune checkpoints such as PD-L1 and CD47 (Casey and Felsher, Science, 2016).  Now, we have found that MYC expression in a tumor is a   is an important direct regulator of immune surveillance.

We found that MYC when turned on in a tumor, shuts off, natural killer cell development and activation, effectively shutting down immune surveillance.  We used a combined approach of  unique mouse models that employ a conditionally activatable human MYC oncogene and analysis of large number of human primary cancers.   We looked extensively at the host immune microenvironment by examining a large number of immune specific surface biomarkers using CyTOF as well as by gene expression analysis.

Several immune compartments were perturbed, but most notably we could show that there was a defect in both natural killer cell development in the bone marrow as well as recruitment and activation in the tumor microenvironment.  The mechanism appears to involve a regulation of signaling and type 1interferon production.  Indeed, we could overcome the defect in immune surveillance, in part by therapeutically modulating the interferon response.

Our results have therapeutic implications.  MYC blocked natural killer immune surveillance suggesting that such tumors may be sensitive the natural killer therapy.  Indeed, MYC-driven tumors could be highly sensitive to cellular therapies with natural killer cells.   We speculate that engineered natural killer cells with enhanced activity will be useful to  target MYC driven cancers, prevent some cancers in some high risk individuals, and eliminate minimal residual disease.  Our work provides more evidence that oncogenes like MYC, directly regulate the immune response. 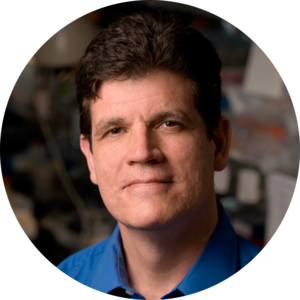