We previously identified translocation t(10;17)(q22;p13) as the mechanism of  YWHAE-NUTM2 fusion in HG-ESS and we further showed the t(10;17) resulted in two alternative oncogenic fusions, which had been previously indistinguishable based on conventional chromosomal banding studies. These alternative oncogenic events fuse YWHAE to either of two closely related novel proteins, NUTM2A or NUTM2B, both of which are encoded by genes in 10q22. This is the first example of a recurrent oncogenic rearrangement involving a 14-3-3 protein in cancer and the same fusion was subsequently demonstrated in a subset of pediatric renal sarcomas. Notably, the YWHAE-NUTM2 fusions are diagnostically specific for HG-ESS, among uterine sarcomas, and are associated with cyclin D1 upregulation. HG-ESS with YWHAE-NUTM2 fusion have strong nuclear cyclin D1 expression, which is found rarely – if at all – in other subtypes of ESS, and is likewise uncommon in other gynecologic sarcomas that can enter the differential diagnosis of HG-ESS, such as leiomyosarcoma. Therefore, both YWHAE-NUTM2 fusion and cyclin D1 expression have proven useful as diagnostic immunomarkers for clinically-aggressive ESS. However, the mechanisms by which YWHAE-NUTM2 causes cyclin D1 overexpression and HG-ESS oncogenesis have not been characterized.

In the current studies, we show YWHAE-NUTM2 complexes with both BRAF/RAF1 and YAP/TAZ in HG-ESS. These interactions are functionally relevant because YWHAE-NUTM2 knockdown in HG-ESS inhibits RAF/MEK/MAPK phosphorylation, Hippo/YAP signaling effector (CTGF and CYR61) and cyclin D1 expression, and cell proliferation. Further, cyclin D1 knockdown in HG-ESS dephosphorylates RB1 and inhibits proliferation. In keeping with these findings, we show that MEK and CDK4/6 inhibitors have anti-proliferative effects in HG-ESS, and combinations of these inhibitors have synergistic activity. These findings establish that YWHAE-NUTM2 regulates cyclin D1 expression and cell proliferation by dysregulating RAF/MEK/MAPK and Hippo/YAP-TAZ signaling pathways. Recent studies demonstrate Hippo/YAP-TAZ pathway aberrations in many sarcomas, but this is among the first studies to demonstrate a well-defined oncogenic mechanism as the cause of Hippo pathway dysregulation.

In sum, our findings provide the first insights into YWHAE-NUTM2 oncogenic mechanisms and intriguingly show that YWHAE-NUTM2 dysregulates both RAF1/BRAF and the Hippo pathway to cause overexpression of cyclin D1. These advances also identify the RAF/MEK/MAPK and Hippo pathways, and CDK4/6, as rational targets for evaluation of therapeutic strategies in HG-ESS with YWHAE-NUTM2 fusions. The advances reported herein identify new rationales for targeted therapies in these clinically challenging cancers.

Back to Oncogenesis
Next 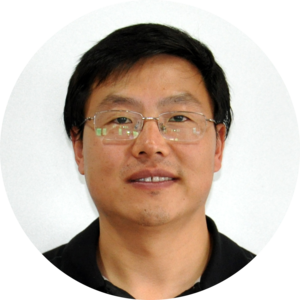