Are oncogenes always associated with treatment resistance, or may they also represent an Achilles´ heel of certain tumors?

We asked this question in respect to the variant III of the epidermal growth factor receptor (EGFRvIII) which is expressed in approx. 30 percent of all glioblastomas (GBM). EGFRvIII is an oncogene in GBM and has been shown to be constitutively active driving GBM tumorigenesis. EGFRvIII has been associated with treatment resistance and was therefore assumed to have a negative impact on the treatment outcome of GBM patients. However, clinical studies have so far failed to prove that EGFRvIII is a reliable prognostic marker (1-4). Furthermore, targeted therapies using EGFR-tyrosine kinase inhibitors or antibodies have only shown limited efficacy and so far did not improve GBM patient survival (5, 6). The assumption, that EGFRvIII confers therapy resistance is largely based on experiments using EGFRvIII-negative cells, overexpressing EGFRvIII after transfection (7-9).

In the group of Malte Kriegs (Lab of Radiobiology & Experimental Radiation Oncology) at the University Medical Center Hamburg-Eppendorf (UKE, Germany) I started in 2012 to analyze the impact of EGFRvIII on treatment sensitivity using cells lines with endogenous EGFRvIII expression. First I established two pairs of isogenetic cell lines, which display either high EGFRvIII (EGFRvIII+) or very low EGFRvIII expression (EGFRvIII-). Using these cells, we could demonstrate, that endogenous EGFRvIII expression does not influence the cellular radiosensitivity (10), which is in line with clinical studies treating GBM patients only with radiotherapy.

I also started to analyze, if EGFRvIII influences the sensitivity towards temozolomide (TMZ), the standard chemotherapeutic drug in GBM treatment. Together with collaboration partners from the University of Pennsylvania (Zev Binder & Donald O´Rourke) and the University of Bristol (Claire Faulkner & Kathreena Kurian), we addressed this issue and now demonstrate that EGFRvIII together with MGMT promoter methylation is a biomarker in respect to TMZ response: in MGMT promoter methylated patients EGFRvIII expression is associated with improved survival after standard of care treatment which includes X-ray and TMZ. Using our endogenous EGFRvIII model system we could link improved patient survival to an increased cellular sensitivity towards TMZ, which also translated into increased sensitivity of EGFRvIII+ xenograft tumors; the latter experiments were done in collaboration with the University of Leeds, UK (Susan Short and Lucy Stead).

I could further show that the increased cellular TMZ sensitivity was mediated by an upregulation of the DNA mismatch repair (MMR), which is the main driver for TMZ sensitivity in MGMT promoter methylated cells. This upregulation was also confirmed by an upregulated expression of MMR proteins in EGFRvIII positive areas of human GBM; these experiments were done in collaboration with Ulrich Schüller at the UKE.

Together with Kinomics Core Facility at the UKE we could demonstrate an increased activation of p38- and ERK1/2-dependent signaling in EGFRvIII+ cells. These EGFRvIII downstream pathways indeed regulate MMR protein expression. Therefore we propose a model, by which EGFRvIII upregulates MMR via different MAPK-pathways resulting in increased TMZ sensitivity of MGMT promoter methylated GBM cells and tumors.

Therefore we show a remarkable example, how the expression of an oncogene can induce therapy sensitivity and with that offers a new potential Achilles´ heel in GBM treatment. Retrospectively, when we started the project we expected that EGFRvIII expression would confer therapy resistance. However, we clearly show here that EGFRvIII expression can cause increased therapy sensitivity. It’s maybe one of these research projects that clearly demonstrate that you never know where science will lead you to - but this is what makes science so exciting! 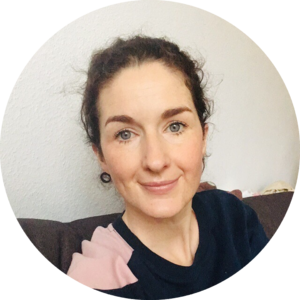