Cell Model: We are three-dimensional, so are the cell models

Formation of Inclusion cyst and tumor migration were two main focuses in our study. In the human body, cysts and tumors are three-dimensional and constantly surrounded by extracellular matrix which largely affects the behaviors of the cells within.   Growing in traditional 2D monolayer cell culture, cells attached to the plastic plane with high stiffness. In there, forced apical-basal polarity was established while spreading and migration is only allowed in the x-y plane. Therefore, cells will not interact with each other for cyst formation and migration and their migration mode is also different from what is actually happening in vivo. In our study, the cells were grown in 3D culture systems, where cells interact with each other and the extracellular matrix in 360-degree. Cell adhesion and migration mimic in vivo cell behaviors. Therefore, molecular pathways deduced from the 3D models are more reliable and valuable than those from 2D culture for further research.

Animal Model: An animal other than Mouse

The most common animal model for research is the rodent. However, the rodent was not used in our study for verification of molecular changes discovered in our 3D culture model as rodents do not develop ovarian cancer naturally, hence, not aligning with the incessant ovulation hypothesis we were working on. At the time we were struggling where to find a suitable animal model, luckily, we met Prof. DB Hales and Prof. KH Hales from Southern Illinois University at a conference held by Marsha Rivkin Center for Ovarian Cancer. From there, we started collaboration. Prof. DB Hales and KH Hales have extensive experience in the laying hen model which is indeed an ideal animal model for our study. The relationship between ovulation frequency and ovarian cancer is observed in the laying hen, the only non-primate animal that develops spontaneous ovarian adenocarcinoma in nature [1]. Inclusion cysts and tumors expressing epithelial markers were found in the ovaries of egg-laying hens, and tumor dissemination is similar to that in women [2]. When ovulation was arrested in hens, the incidence of ovarian cancer was significantly lower [3, 4]. We obtained ovarian tissue of the laying hen from Prof. Hales and successfully verified the molecular changes observed in 3D culture model by in-situ hybridization and immunohistochemistry.

The Findings: The Bio-molecular mechanisms of ovarian cyst formation and tumor cells migration 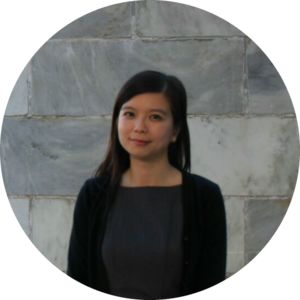